When I worked at EPiServer, they acquired the search company Euroling and their product SiteSeeker. EPiServer already had a (previously acquired) search product named EPiServer Find, but had plans for a big upgrade.

I got involved in the project as the only user researcher and interaction designer. The project goal was, as so many project goals are, to build a new and improved version of a both Find using ideas from SiteSeeker. The big problem seemed to be that very few people used the Find and it even seemed to be fairly hard to sell. The old Find looked something like this: 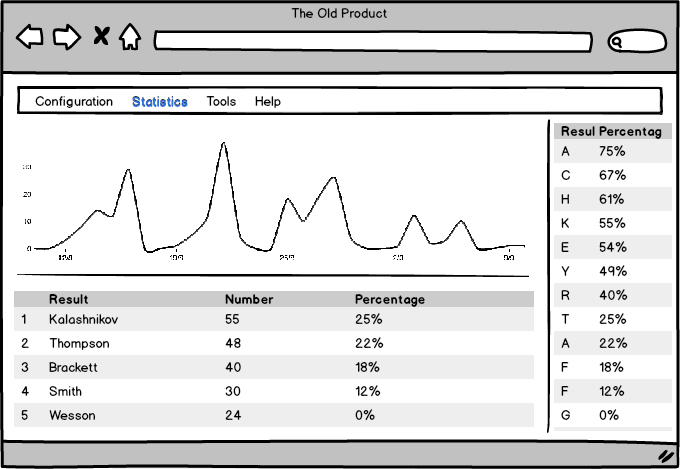 SiteSeeker was an easier sell, but seemed to be a bit confusing to use. After I had met with around 10 SiteSeeker users and a couple of Find-users, I realized a few things…

It became obvious that we had to focus on the non-tech-savvy people’s needs and confusions. The design principles that I came up with through interviews was visibility and automation. Instead of explaining what needed to be done, we would try to show them how it was to be done or do it automatically (but without removing control from the users).

I designed a new version of Find, called Owl, with ideas from SiteSeeker trying to solve these problems. The prototype of Owl looked something like this:

The changes were mainly the following:

Second version, and the actual prototype that we tested on with users mentioned below, are shown below. The tools part was from here on called Optimization. You can also note that Configure was moved away to a top menu and this interface for non-tech-savvy people got the name Manage.

The graphic designer started working on the concept and we incorporated it into the actual interaction design. Below are images of both the statistics part and the optimization part

After a first test with 5 users using a click-through prototype of Owl, we got great results. All of the users began to understand the usefulness of the new product and was able to use the prototype in a sufficient way. The general comment was that it was less confusing and very enlightening. Hence, the onboarding was a success.

Below is a radar plot comparison between SiteSeeker and the Owl prototype concerning usability qualities. 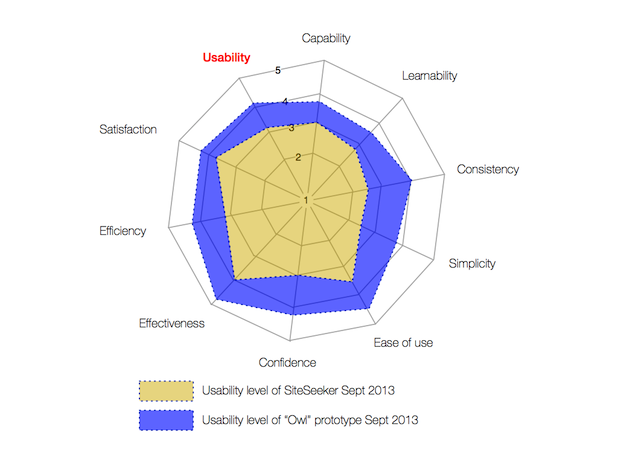 No measuring has been made of the actual product, but information about it can be found in the EpiServer Add-On Store for Find.